Join us for the 2020 State Convention. Mark your calendars! This will be a great weekend of friends, food, and freedom!

Hotel reservations with special convention pricing starting at $129.00/night can be made by calling the Columbus Airport Mariot and asking for the LPO Convention rate or clicking the button below. Book early because the rooms will go fast!

Click Here to Book at the LPO Group Rate! 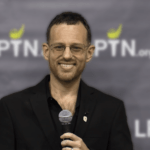 Cohen started a web design company in 1999.  He retired from that 3 years ago to promote libertarian ideas fulltime. His great aim is to make people more familiar with voluntary solutions and property rights. He is the host of My Fellow Americans, the co-host of The Muddied Waters of Freedom, and the co-owner of Muddied Waters Media, a podcast platform that reaches millions. Cohen hosts two live programs every week, interacting with countless people across the political spectrum. This experience has convinced him more than ever that the Democrats and Republicans have both failed us. 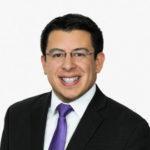 Joe Bishop-Henchman is a lawyer and policy analyst who has lived in Washington, D.C. after moving from California in 2004. He has worked with elected officials and stakeholders to achieve major state-level tax changes, advised on the interplay between federal and state policy changes, and assisted nonprofits, business groups, and reporters in studying and developing proposals. 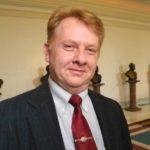 Chris Powell has served as the chair of the Oklahoma Libertarian Party and on the board of Youth Cornerstone. He was the Libertarian candidate for Governor of Oklahoma in 2018. Powell served in the United States Marine Corps Reserve with combat service in the first Gulf War. 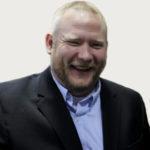 Ken Moellman is a political activist and IT professional. Over 20 years of professional IT work, preceded by 15 years of IT tinkering, from the Commodore 64 and BBS era to present. A former party leader, statewide candidate, campaign manager, and campaign coordinator, he knows the nuts and bolts of a winning campaign. He will speak about the kinds of Libertarians and why do we need these other Libertarians. 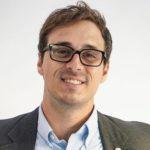 Former Candidate for Governor of Ohio

A native son of Columbus Ohio, Travis earned a bachelor’s degree from Ohio University and a master’s from the Columbia School of Journalism and has worked in indie film production, journalism and stand up comedy. After winning the Libertarian nomination to run for Governor, his campaign became known for political commercials which were widely shared over social media.

Want to be a part of the voting and help decide on important changes for the Libertarian Party of Ohio? In addition to registering for the Convention above, fill out the form below to sign up to represent your County as a delegate!*

*County Affiliates (Franklin, Knox, Licking, Lorain, and Lucas) choose delegates based on their own County Constitution and Bylaws.