“Yesterday I attended the #GetTheStrap rally in Richmond, Virginia to speak and engage with peaceful, armed protesters from Blacklivesmatter757 and Task Force 10.
We spoke about criminal justice reform, community policing, and gun rights and the Libertarian solutions to problems we face across the country” Cohen said in a statement. “Between the two groups, who often attend rallies together as allies, I found that the ideas of libertarianism were apparent in their core values. The right to self-defense, government accountability, dismantling systems of corruption and oppression. These are all things we advocate for. I am thankful to have been given the opportunity to speak and gain their support.” He continued.

This is the second appearance at a BLM protest for Cohen. He attended a Columbus, OH event in July and gained the endorsement from organizers of local BLM group Heartbeat Movement/De-escalate Ohio Now! Cohen will be back in Ohio on Wed Aug 19th in Cincinnati on the lawn at Burnet Woods at 5:30PM.

Cohen was nominated alongside Libertarian Presidential candidate Jo Jorgensen on Memorial Day weekend in the first ever virtual presidential nominating convention. Jorgensen/Cohen are running on a platform of criminal justice reform, bringing troops home, abolishing the ATF and minimizing government interference in everyday life. They will be on all state ballots in November. 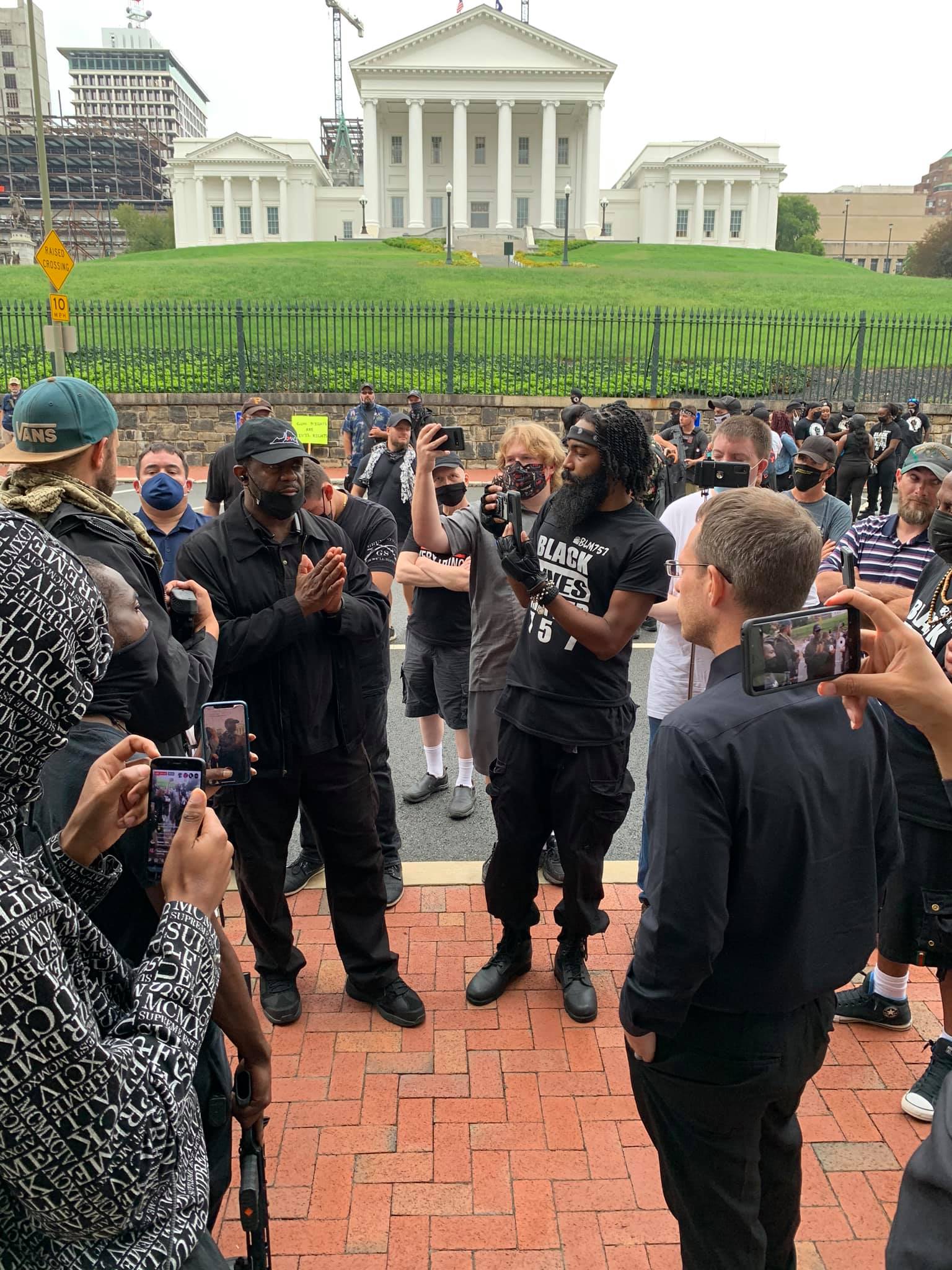